What Video Pipe Inspection Can Do for You 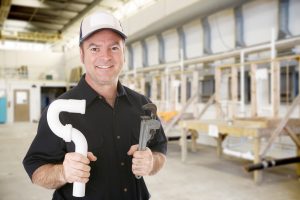 So, if you’ve ever been approached by a plumber offering an inspection like this—it’s not a scam. This is a process for drain clogs and plumbing problems that can end up saving you a lot of money! Plumbing in Sewell, NJ can be especially expensive if the plumber doesn’t know where the clog is located. Give yourself a break and use this new technology to have a more thorough drain cleaning done for the sake of you and your pipes.

END_OF_DOCUMENT_TOKEN_TO_BE_REPLACED

Ask a Plumber: What Causes Pipes to Rust?

Rust is the common name for the red oxides that form because of a reaction between iron and oxygen that is in contact with water or water moisture. Rust is a major problem for any homeowner, because it eats into metal and weakens it, eventually causing the metal to crumble and flake away. If rust occurs in your pipes, it will become a serious problem: it will start to block off the flow of water through the pipes, and will also lead to massive leaking. Rusted pipes cannot be repaired: they need a plumber to replace them.

But what causes pipes to start rusting in the first place? Even though most plumbing consists of metal and water, rust only occurs occasionally, so there must be specific reasons for it to happen. We’ll answer this question, straight from the experience of professional plumbers.

SPS Mechanical Inc. can send a plumber in Sicklerville, NJ to assist you with any rust that is affecting your pipes. Our plumbers are on duty 24 hours a day, 7 days a week. We offer flat-rate pricing so you’ll know the costs in advance.

What causes pipes to rust?

The main reason that pipes rust is that they are constructed from outdated material. If you have an older home, it may have pipes made from metal more prone to corrosion. Modern homes almost exclusively use copper and PEX water pipes, which have a high resistance to rust. Older plumbing was usually made from galvanized steel, and this rusts from the inside out, making it hard to notice that it is occurring. The rust inside old steel pipes can get bad enough that it will cause the water pressure to spike because of constriction, leading to massive leaking. If you still have galvanized steel pipes in your home, you should consider getting complete piping replacement: there’s no better way to combat rust and future plumbing issues.

You need a plumber in Sicklerville, NJ

Rust needs remedy fast—and that remedy is to have the affected pipes replaced. This work requires a professional plumber; attempts to replace pipes yourself can lead to loose connections and even worse leaking problems. When you need those corroded pipes replaced quickly and effectively, call SPS Mechanical Inc. Our radio-dispatched vans will get out to you right away!

Tags: Pipes, Plumbing, Sicklerville
Posted in Plumbing | Comments Off on Ask a Plumber: What Causes Pipes to Rust?